The dry moat is really a deep dry moat surrounding the fort with walls of more than eight meters high. When the enemy approached, the stairs beside the wall of the moat to the fort were removed and you could only enter or leave the fort with a narrow ladder through the moat. If the enemy still found their way into the moat, they would be fired at from the expansions’ loopholes at the end of the moat.

Beside de fort’s entrance, the German artillery bunker was built straight through the moat during the Second World War in 1943. 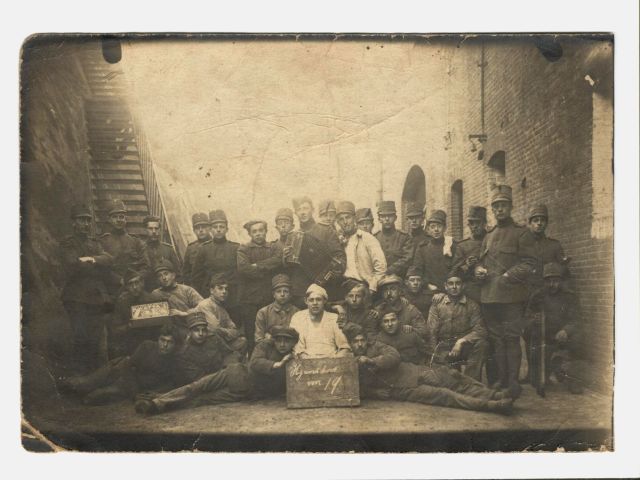 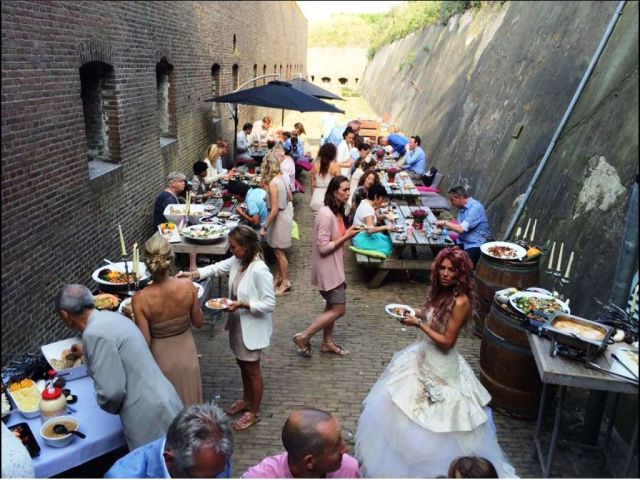 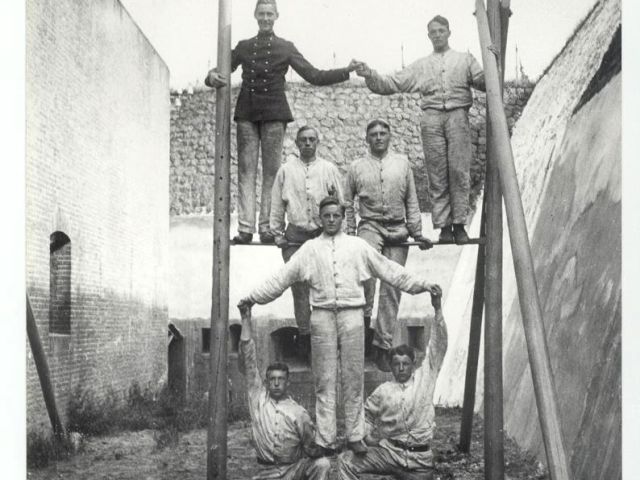 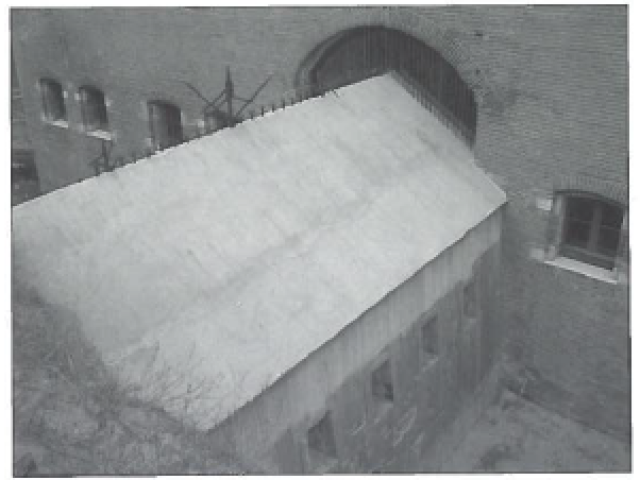 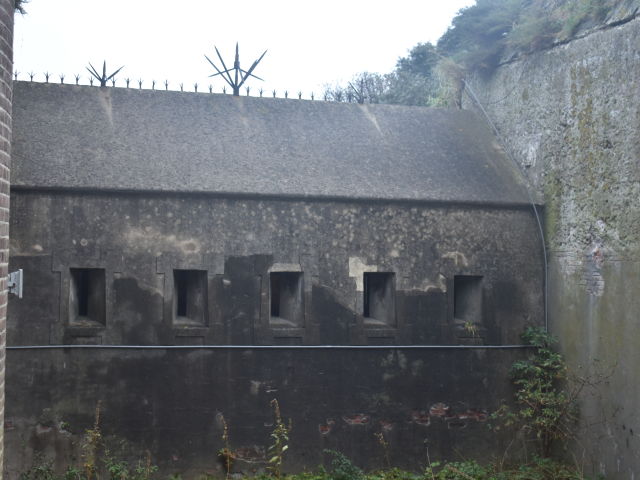 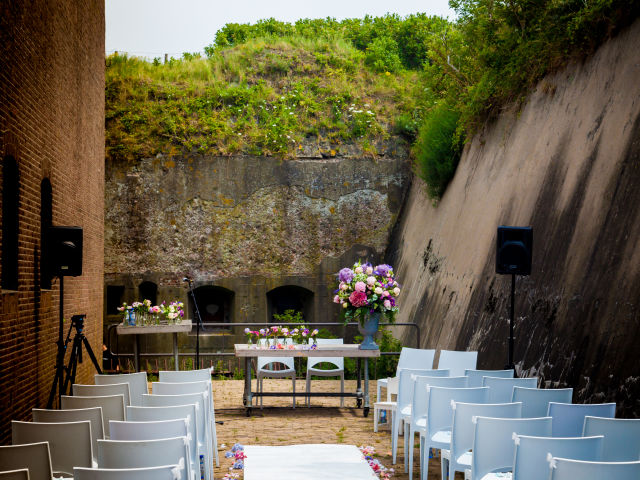 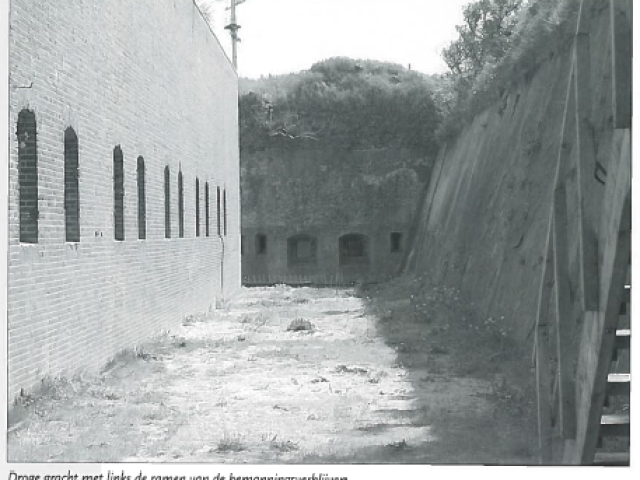 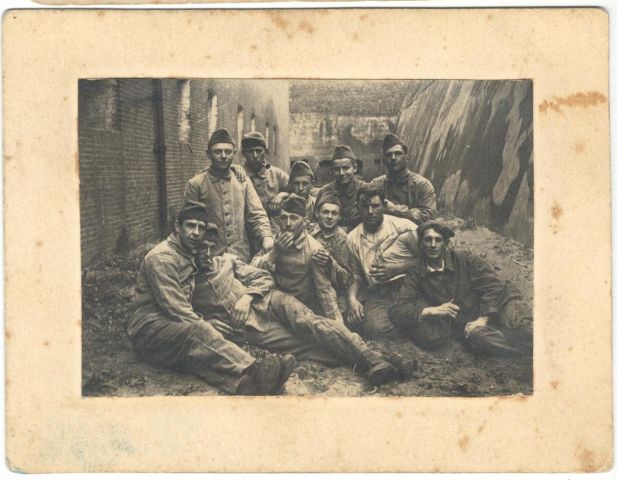 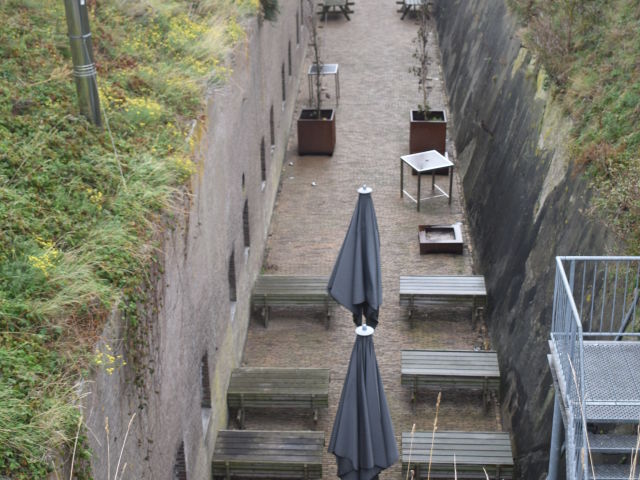 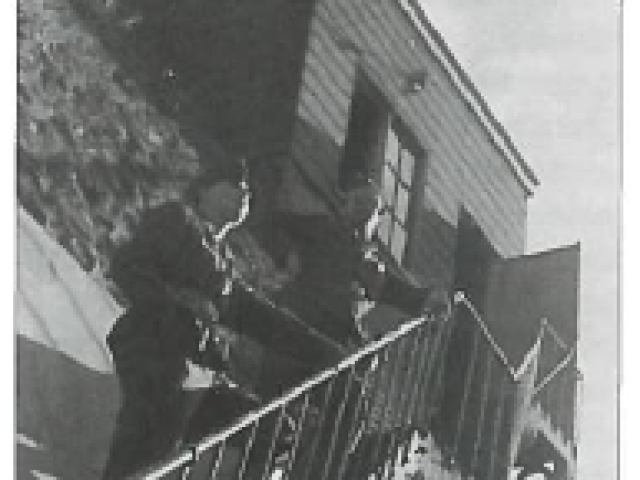